Actions encapsulate operations on models and can be defined in either the MPT or SPT. The ultimate objective of these operations is the model's persistence in the database. When an action completes it will create, update or delete at least record in the database.

Actions allow you to control which fields are editable on your model and allow you to directly map business actions to the models. They can also give you more fine-grained control over permissions by limiting actions to certain roles and limiting which fields those actions are able to write.

Model actions tie in to other parts of the model API, specifically workflows and state machines.

Actions are managed using the Action tab for any model you've selected in either the MPT or the SPT. A number of default actions are attached to them, such as an action that handles inserts and updates, another to handle deletes, etc. The default action names are preceded with the characters "PLT." to distinguish them from those you add yourself.

Figure 4.8. Actions are managed using the Action tab for any selected model in either the MPT or the SPT. 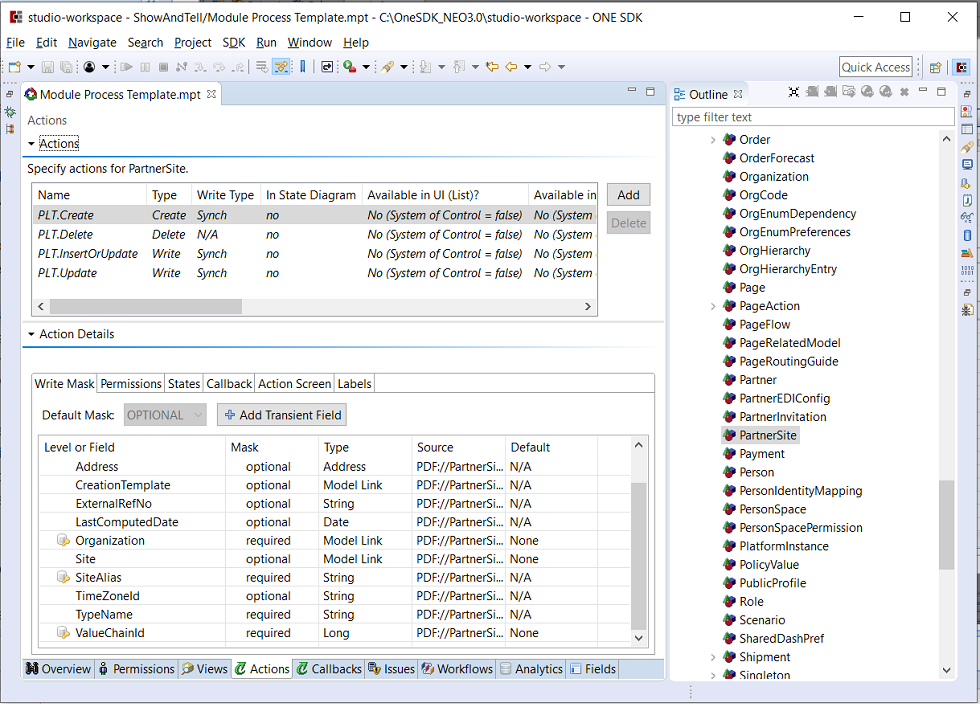 Procedure 4.7. To Create an Action: